Jason Atherton’s empire has grown considerably over the past few years, since opening his flagship Pollen Street Social in 2011 (which we visited as no. 6 on the Restaurant Odyssey project).

His next iteration, Social Eating House, flung open its doors in 2013 hot on the heels of Little Social. The ethos behind the venue is a relaxed bistro inspired by the buzz of Soho. It was awarded a Michelin star within six months of opening under Chef Patron, Paul Hood (previously Atherton’s head chef at Pollen Street and now a partner) and I was interested to see how much spirit it shared with the original restaurant. Social Eating House is split across three levels within a Poland Street townhouse; the Blind Pig cocktail bar on the first floor, the restaurant on the ground floor and the chef’s counter dining space, tucked away in the lower ground-floor area where eight diners can watch their food being cooked and feast on a tasting menu. There is minimal signage outside, and the frontage is understated and elegant, so it would be easy to walk past without knowing it is there. The interior is an eclectic, rich tapestry of industrial metal, exposed brick, textured plaster, fine leather and highly-crafted timber panelling.

It has quirky details like an old phone by the entrance to the toilets and the art picks up on the contemporary textured tone set by the interior. For me, the banquette seating by the bar as you walk in jars slightly – the strong red coloured lighting (I am guessing a reference to Soho’s reputation for other night-time activities) along with the hand-scrawled specials seems at odds with the rest of the place rather than in tune with it. The food and service are predictably faultless – what else would it be? The menus show innovation, attention to detail and real flair. Serving mostly Bistro-type British fare with the odd International twist, they source the best ingredients from the British Isles and beyond. Tuck into the likes of sea salt cured Cornish monkfish, Lyme Bay scallop ceviche, roasted corn-fed Goosnargh duck or salt marsh lamb. It would be difficult to go wrong. The menus show exactly how far the food has travelled to reach your plate. The beef, lamb and pork at from Cumbria, 296 miles away, whilst the buttermilk is from nearby Buckinghamshire, just a short hop of 45 miles. In the Blind Pig, there are plenty of playful alcoholic and non-alcoholic cocktails as a sharpener, including Rola Cola with Amaro, Barcardi Cart Negra, Mount Gay, Lime cola tea, Cherry bitters and salt.

The service is attentive, warm and not too formal.The presentation of food is exquisite. Mr. Atherton seems to be a chef-entrepreneur obsessively committed to excellence and once again it shows here. His team are certainly delivering. 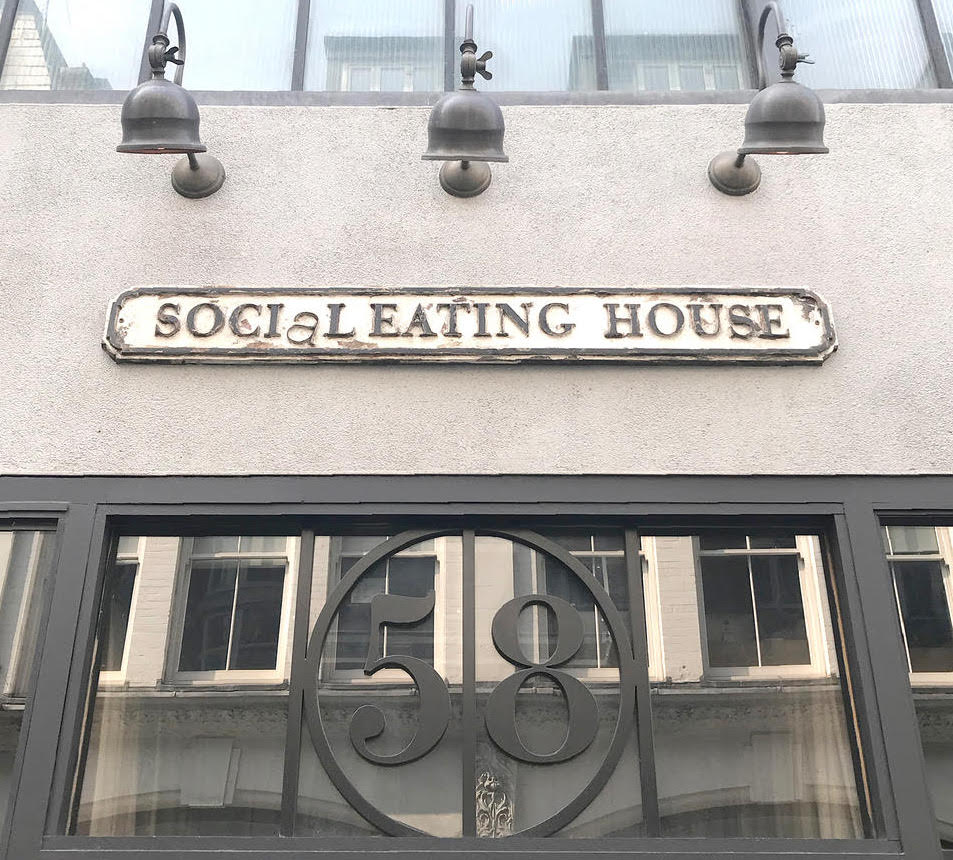 Jason Atherton’s empire has grown considerably over the past few years, since opening his flagship Pollen Street Social in 2011... View Article