What if a shopping centre was built around the Circular Economy?

The Ridings in Wakefield was once a shining beacon of the future, proudly holding the title of being the first shopping centre built in the UK (back in 1983 in case you are wondering). With novel features like a food court, it was so popular upon opening that there were huge queues to get into the centre. It went on to win the award for ‘European Shopping Centre Of The Year’ on numerous occasions, such was its success.

On a tour here in 2020, there is an inescapable feeling that this beacon for modern society has not aged very well. These types of development always seem to lose their lustre over time; to calcify somehow. The initial spirt of innovation and change which gave birth to them seeps away and is replaced (often imperceptibly over time) by a desire to keep things as they are. The disruptor eventually becomes the disrupted as the world changes faster than they are able to keep up with. Cycles of short-term decision making and a focus on the performance of the centre as an ‘asset’ seem inevitably to lead to underinvestment and dwindling returns. Eventually, talk turns to regeneration and a need to make bold changes. And so the cycle begins again.

A workshop at it’s heart

But this is not what I am here to see. I’m rather curious about the fact that there is a workshop at the heart of this shopping centre. It has been here from the beginning and whilst not working as hard as it did, is still in use. Its primary purpose is to maintain the centre; to fix broken doors and the like along with small building projects. It is a smallish space filed with a few well worn work benches, stacks of timber off cuts and rows of G clamps hanging from shelves…much as you would expect. In more modern centres, this would all be part of third party maintenance contracts. Rather than have people on the payroll adding to central costs, you have contracts in place with a few different contractors who can not only take care of maintenance and small projects, but also get involved in larger landlord projects like ‘white boxing’ units in preparation for new tenants. Within the cold logic of a spreadsheet it just makes more sense to do things this way; it reduces risk for the shopping centre owner who, after all, has retired from the building game once the development has been completed.

The fact of its existence intrigued me though as it highlights how detached we have become from the process of making and repairing things. Everything is outsourced and surely this is one of the main reasons that the linear economy has become so prevalent? We don’t see where things come from or where they go to when we have finished with them…we just consume and assume other people are taking care of the rest. Consume and assume; now there is an unsustainable mantra to live by. This applies just as much to products we buy as individuals as it does to the way shops and restaurants are built.

The challenge of a circular economy

When it comes to the interior fitout of spaces, one of the challenges I see with making a Circular Economy work is the need for collaboration between all of the parties involved in the lifecycle of a space – right now this is deeply fragmented and patchy. You have the landlord, tenant, designer and contractor all with their parts to play and varying agendas. They may come together to work on a single project together, but rarely do they all come back at the end of life stage. It is not a functioning, healthy ecosystem in any meaningful sense.

So what if we could change that?

What if the idea of a workshop (of making, transforming, crafting and repairing) was put at the heart of a centre and scaled up to something much bigger…something more ambitious. What if it could act as the core of a different kind of ecosystem? What if we could use those skills and facilities to make and repair products on site and also undertake fitout, maintenance and stripout work? If we have big ambitions to reduce our collective carbon footprint, we are going to have to accept that some conventional ways of doing things will need to change.

How would the retail work? The workshop would sit at the heart of the centre assembling, processing and disassembling materials from various sources. A large storage area adjacent to it acts a materials bank, means that items can be stored when there is no current use for them; an organised hoard of valuable resources that can be turned into new things. Remaining waste streams are obsessively managed to minimise negative environmental impact.

The workshop also acts as a skills hub offering jobs, training and apprenticeships to anyone interested from the local community. Local schools are invited in to see how it works and educate the next generation. The workshop is also a space to incubate entrepreneurial ideas and create interesting business opportunities. Make no mistake, this is not about teaching people a single skill, but educating people to understand the processes of making, repairing and disassembling…so they can spot future opportunities.

Alongside the workshop is a market place, which offers independent spaces for people to sell from. Many of the items on sale have been made in the workshop and a large selection of repair services are available due to the skills that the workshop team have. Everything created is designed for disassembly and taken back at the end of its lifecycle. Anything you buy from here can be returned when you no longer need or want it.

In addition to the market place, third-party brands that buy into the ethos of the centre are very welcome and incentivised to engage with the workshop, particularly on fitout and maintenance. Stripout too can be done by the workshop team, disassembling fitouts and processing the materials that come out of this as valuable resources to be turned into something else.

In terms of future proofing, the whole development is designed to be hyper flexible and understand that things will always change. Indeed, that change is actually a positive force that we must work with rather than against. There will be a hierarchy to this with the physical space for storage of stuff being the most permanent and unchanging. Then the workshop itself, which will need to flex as technology evolves, but broadly performing the same role over time. Thirdly, you will have the market place and shops, which will change in response to the rise and fall of customer trends. Finally, you have the transient layer of seasonal retail and temporary events, which come and go with greatest frequency and where the workshop can really make an impact by minimising single use waste.

How would the F&B work? A complimentary food offer based on an equally circular system is essential, after all F&B has become a hugely important part of any retail destination these days. A central kitchen operates as the equivalent of the workshop allowing chefs to be trained and local food businesses to cook here. The kitchen is zero waste, with the team always working on new ideas to make something valuable from discarded ingredients e.g. stocks, pickles, ferments, which could be sold to the public. A buzzing, street-food style market space has a central bar area around which are stalls for people using the central kitchen to sell their food every day. Third-party restaurants are part of the mix too and all their food waste would be processed by the central kitchen.

Would this model have the longevity to survive into the future? Well, if we look at long term trends and pick up on the ideas laid out in Rethinking Humanity, we can see how this model could support the move to an Age of Creation from the current Age of Extraction we are in now. As production becomes decentralised and the rise of 3d printing and precision fermentation mean that remote manufacturing and delivery are not competitive, this model would be well placed to respond and act as a valuable node in the larger network.

In some ways this idea seems quite radical (working out the business model and getting investment would challenge conventional thinking as alluded to earlier) but in others it feels really quite familiar. None of the ideas in here are really new, in fact many are as old as the idea of trade itself. The existing models of the high street and the shopping centre have both been exposed as inflexible over time. Perhaps now is the time to build a better model.

Sustainable shopping centres out there already

Since starting to write this at the end of last year, I have come across a couple of recent examples pushing in this direction and which anyone interested may want to take a look at.

The first is Yuman Village in Brussels, which opened in July 2020 and has been described as “The First Circular Shopping Centre”.

The second is ReTuna in Sweden, which is advertised as “The World’s First Shopping Mall Where Everything Is Recycled”. 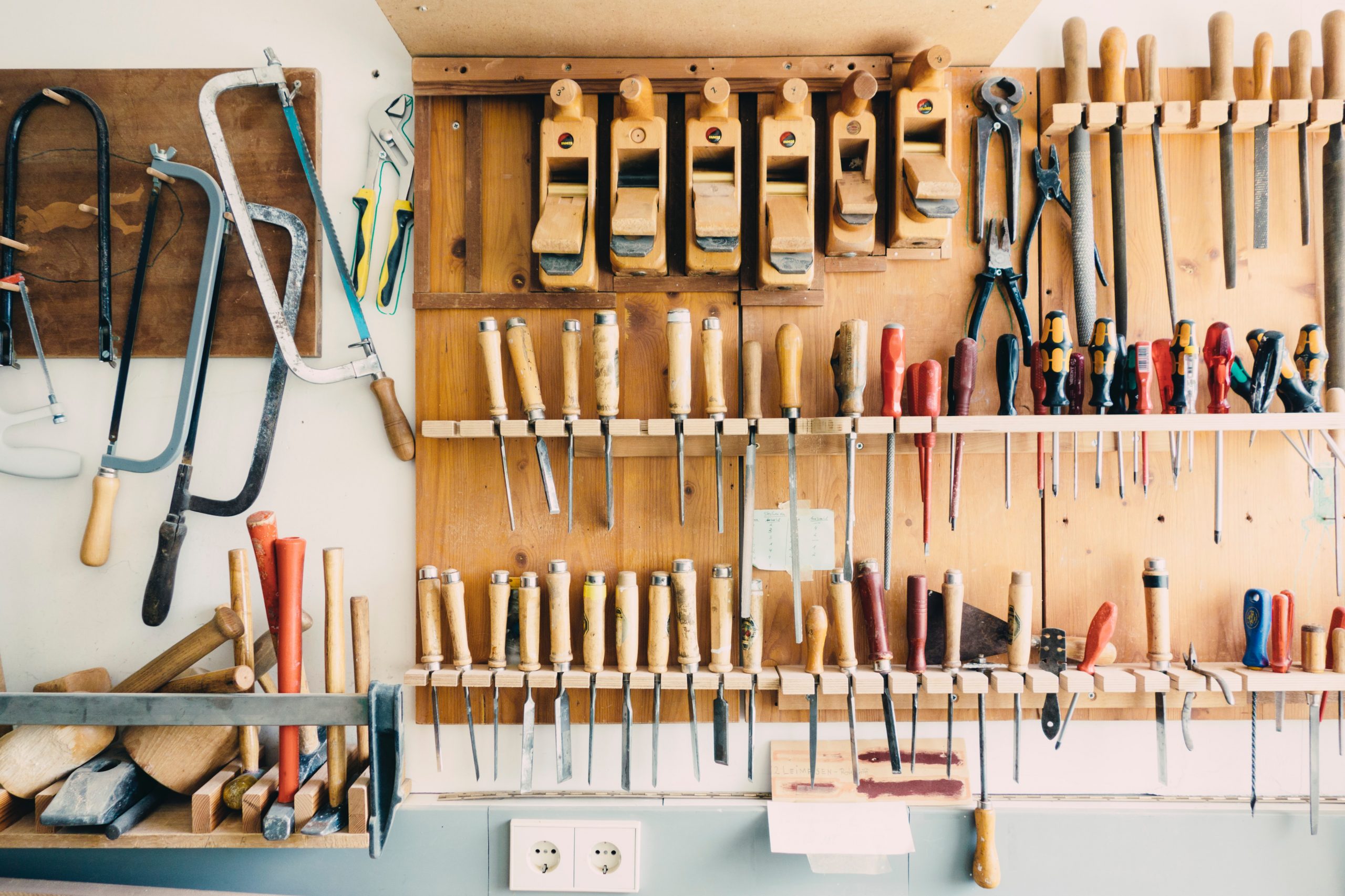 What if a shopping centre was built around the Circular Economy?  The Ridings in Wakefield was once a shining beacon... View Article